How to Blood New Bloods in Event Management 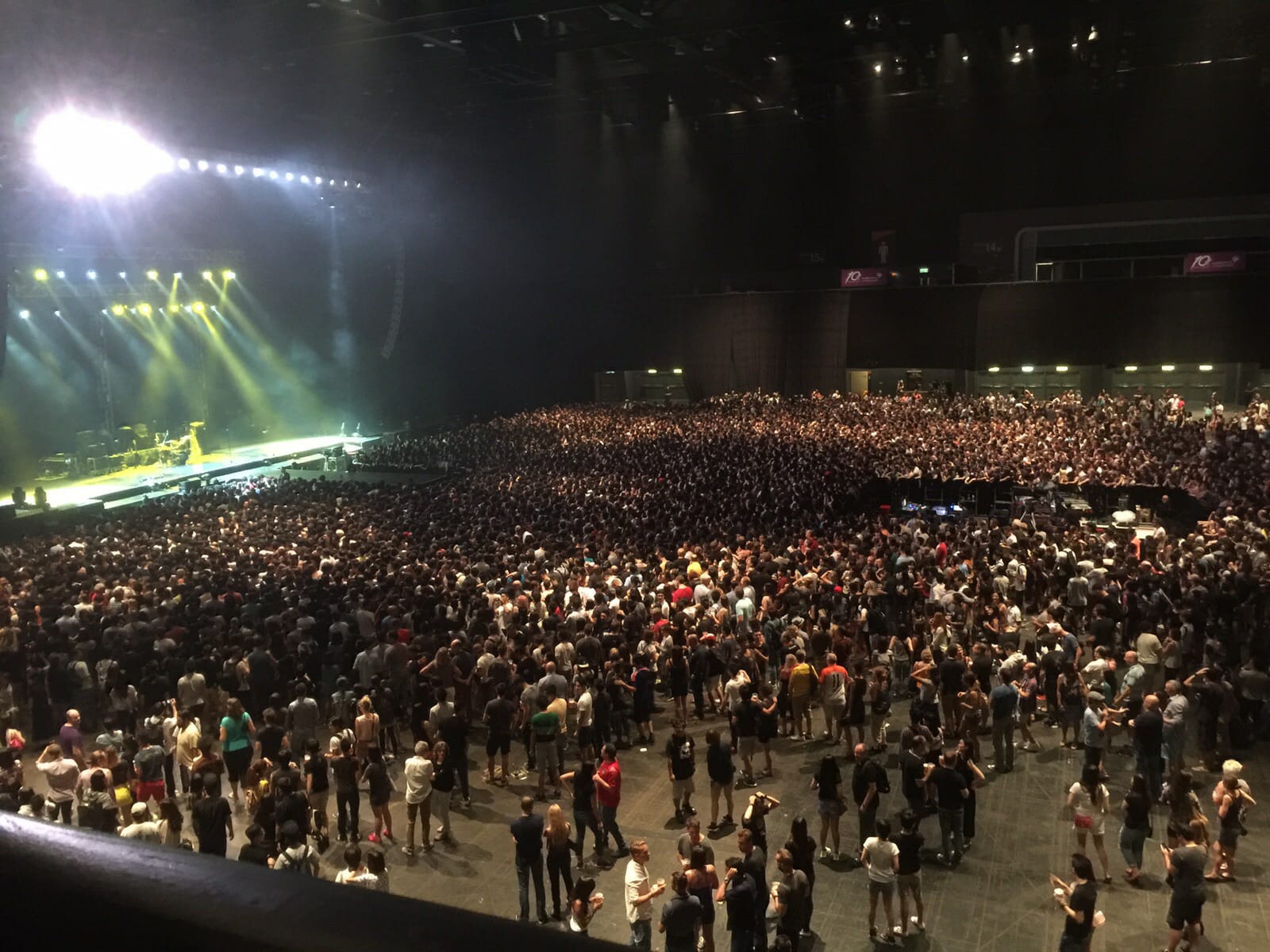 How does one acquire the experience necessary to fully oversee the management of an event. More importantly how does the person who holds the ultimate responsibility cut the umbilical cord to allow those with less experience to become more involved at a management level and at the same time take on more responsibility to the extent they become ultimately in charge and responsible.

In The Public and Private Sector

In public service and the holding of events in the private sector new bloods acquire experience by taking part in events which when they first start their career or employment will mean they are involved in a minor way. A small cog in a big system, however with each successive event they are involved in, they will gain more experience and they should progressively become more immersed in the whole procedure. This will mean that they will gain more exposure and understanding as to how the whole event will be held. They will also be more exposed to measures taken to exercise control so that the event is held safely without incident. The taking on of experience will depend on how much an individual will become exposed, which in turn will depend on how willing an individual is to “roll his sleeves up” and be exposed as well as the willingness to become more responsible.

Opinions of One’s Own Ability

All individuals have an opinion of their own ability and quite often this will be “proven” by how many events they have been involved with. Albeit it is their role, immersion and ultimately their mind set to be responsible that will define what a person’s experience really is in terms of proficiency. One’s own opinion can on occasion be very different from the person who is ultimately responsible as he may rely on how frequently an individual has taken part in similar events and whether they have demonstrated some ability, and at the same time remained calm under pressure able to make command decisions in a common sense manner.

In a previous profession command, leadership, adaptability as well as flexibility and an in-depth knowledge of tactics and deployment were obtained from a 16 week intensive PTU Company Training Course at the Police Tactical Unit Headquarters (PTU HQ). The first four weeks for you, your fellow Platoon Commander and your 9 non-commissioned officers (NCO’s) revolved around law, theory, practicals, and hands on experience and a good deal of physical exercise before the troops arrived at the beginning of week 5 and your role as a Platoon Commander and that of your 41 officers took on a whole new meaning. You would be responsible for their training, welfare and level of attainment with some spirited guidance from PTU HQ Staff. Bonding took place during class room lectures, physical fitness training, range courses and platoon standardization drills were you learnt riot dispersal tactics using your four sections of 8 officers all with increasing levels of fire power. The drills became your life and discipline was very tightly maintained as your life could depend on it. You had to demonstrate that you were straining every sinew in your body carrying out the drills and that your platoon members were doing the same otherwise a more intense physical respite would be conjured up so that you would concentrate the mind to demonstrate the exacting levels of attainment expected of you as nothing else would be acceptable! At the end of week 6 all four platoons in the PTU Company had to fully demonstrate their knowledge and proficiency in what were called platoon attack drills better known as standardization after which slings could be slackened as a sort of coming of age ceremony. The remaining 10 weeks of training took on more flexible drill training not to mention 3 platoon exercises concerning dispersing rioting mobs, and more bread and butter policing such as high rise cordon and sweeps as well as anti-crime patrols. This ultimately resulting in the PTU Company Exercise where Company Headquarters arranged their 4 platoons (170 men) like chess pieces to control an area where law and order would become a problem only redeemable by a company level Internal Security Sweep of rioting mobs so that they dispersed and were no longer a problem.

At the end of the 16 weeks training after the Passing Out Parade the whole PTU Company returned to their parent Region where they would undertake normal day to day policing at platoon level strength. If there were special operations or festivals like the Chinese New Year Fireworks Display public order event the whole company would be deployed so that the crowd control operation could be facilitated. The company stayed together for a year serving the parent Region or being turned out to other Regions who had bigger public order needs such as protest marches and the like. During the year many friendships were forged and camaraderie amongst the PTU Company officers were always of the highest levels before disbandment arrived with its inevitable return of men back to districts in the Region who after 12 months and because of the PTU training were more useful and versatile.

Officers from these humble beginnings continued to gain experience and exposure to more responsibility in respect of events especially as they gain promotion and ultimately take command for such events. One of many such events I took charge of was at the Chinese New Year crowd control operation at Wong Tai Sin Temple that has a million worshippers go through its doors over the 15 day Chinese New Year period. This operation was multifaceted bearing in mind the increase crowds for the auspicious time to worship on Chinese New Year eve, a competing operation for the Wong Tai Sin Flower Market necessitating designated MTR stations to alight at and other auspicious days during the 15 day period. Last and by no means least was ensuring relations were maintained with the managers of the Temple namely the Sik Sik Yuen, the operators of the fortune telling shops under the supervision of the Tung Wah Group of Hospitals and the army of volunteers many of which were off duty disciplined officers who were the first to demand an explanation for methods used to ensure crowds were processed in a safe measure. The other problems were illegal hawkers, mandicants, crime especially pick pocketing and monks for the day who wanted to gather alms!

In the private event sector experience is built up from exposure to events and hopefully the more events handled the better the experience and the better the knowledge to cope with the unexpected. Thinking on one’s feet in dealing with the unexpected can demonstrate one’s ability or readiness as well as preparedness to take on more of a role which in turn means more command. This will lead eventually to your turn to take charge and if you have a willing senior you will get your chance. Plans and layout diagrams as well as crowd flows for concierge and entry points can be checked during the planning phase however when it comes to set up one should be present so that there is enough space between points that have different functions be it queuing,  bag depository, entry and then walk through to the concert venue all of which has to be accommodated. In Hong Kong fans are notorious for arriving at the last minute and no matter how much you explain this to touring security they always believe what is the norm in their own country must be the same for Hong Kong and on occasion you have to be quite assertive when stating that isn’t the case in Hong Kong and they should be prepared to have stragglers going into the concert venue 20 to 30 minutes after the advertised concert start time.

On one particular occasion when a new blood was being blooded floor plans were quite tight especially between entry and the concierge point. This resulted in some back up and queues however things could still be tweaked to make the process smoother and armed with a good ability to soothe customer feelings things went well. As usual the late surge commenced about 20 minutes before the concert start time which from experience meant that the artist should come on some 15 minutes after the designated time the show was stated to start to ensure all fans were in the house. The touring security wouldn’t accept that would be the case and coupled with an overnight flight to their next concert destination insisted on starting on time. The entrance to the concert hall was through several double doorways which had inner and outer doorways which were normally opened and set in a “dog leg” manner so no light would creep into the concert hall. However due to the rush to get fans into the hall some security had double doorways fully open which before it was spotted and could be rectified caused the lead singer to comment that he had never seen anything like it after he had finished his second song comparing the spectacle of having silhouettes of fans enter the concert hall to aliens leaving space ships in Close Encounters of the Third Kind. That is what happens when tour security will not believe what the real norm is in Hong Kong.

On another occasion tour security changed the location of deflecting mojo barriers to a straight line in parallel with the concert stage. This caused a number of issues during the concert that had to be sorted out especially when the front of house got too crowded and the Canadian rock and roll solo singer  asked the audience to take 2 steps back! This caused some fans to be pressed against the rearranged mojo barriers. The changes were against the wishes of the house however tour security insistence prevailed. The issues that resulted consumed a considerable amount of time and when the task of setting up the concierge queue for the end of the concert was delegated to another member of staff it was fortunate that I had time to check. I made a couple of tweaks in order to have a smoother queuing route for the collection of bags than had been chosen and dispersal went like clockwork instead of eddying into a cramped back water!

In conclusion when the ultimate responsibility rests with you it goes without saying that you will step in to tweak things so that all goes smoothly and as above the action taken spoke volumes of how things should have been set up. It was also of note that the touring security were later seen being spoken to by a renowned concert organizer who just happened to be at the show especially in respect of the rearranged deflecting mojo barriers.