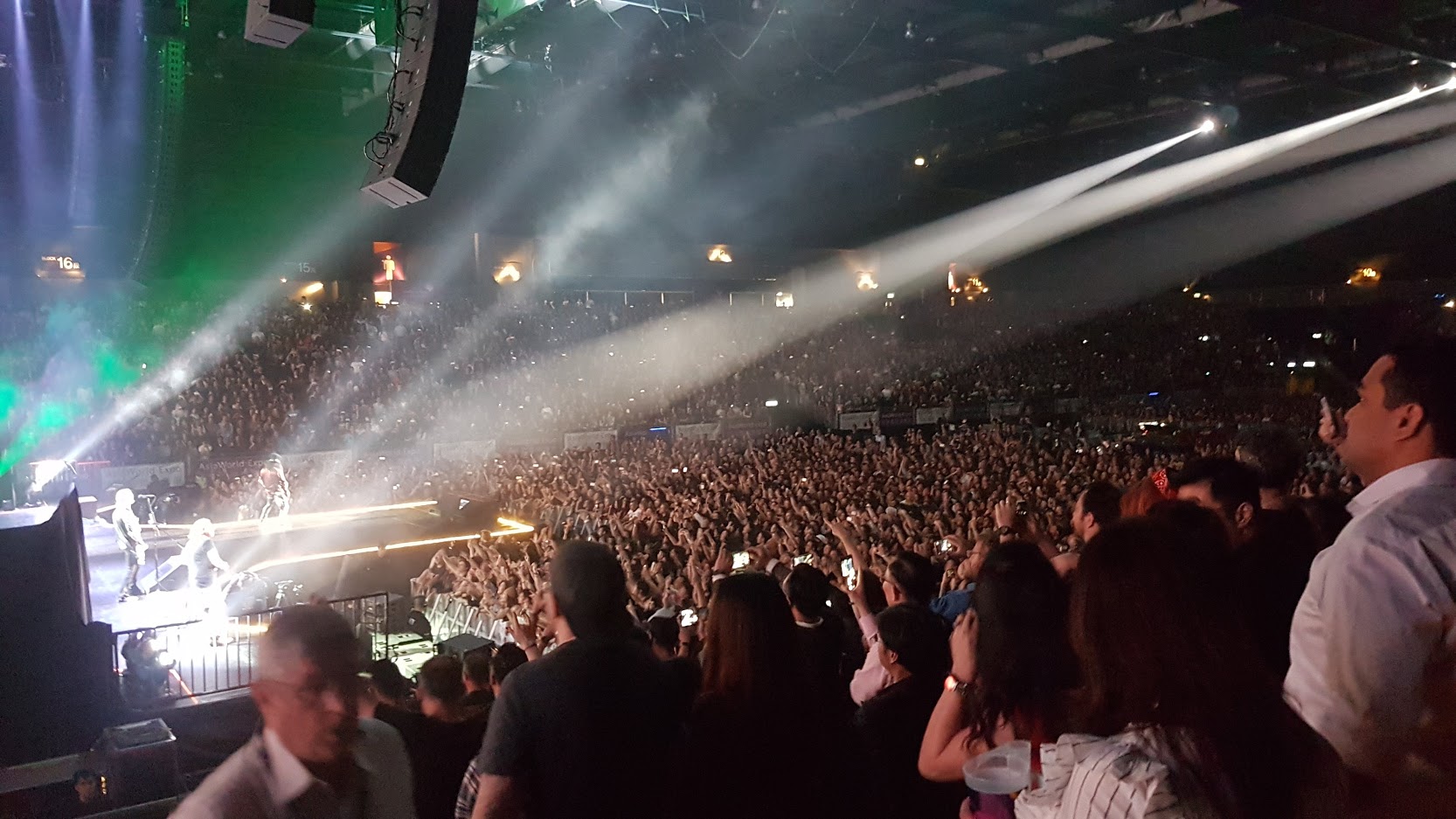 In a previous occupation I was the Head of Security for venue and events for one of the biggest venues in South East Asia. Due to the size of the venue many famous artists used it for their concerts often resulting in sold out shows of 14000 fans in the largest hall and up to 8000 fans in smaller halls if two halls were combined.

It was of note that business development initially dealt with the organizer and booking before passing it on to Service Planning and Delivery once the booking was confirmed. At this point many items on the tick list such as stage design, changing rooms, artist rooms, restaurant service, and lighting etc were discussed and finalized in terms of their arrangements. Once this was done security were asked to come up with a queuing, entry, show time and exit as well as dispersal plan.

During the inspection of the mojo barrier it was noted the gap between it and the stage was not uniform (normally 6-8 feet) with one area in particular where the mojo barrier was only a stride away from the stage. The head of tour security pointed out four red crosses made by plastic tape at four spots at the area where the mojo was nearest the stage and stated that back of house security would have four security officers standing at the plastic tape locations to stop persons crossing from the mojo to the stage. Those officers would not move so the area was well covered despite there being a stage access set of steps in the middle of the zone that concert video and cameramen working for the show production would use during the show. It was asked whether front of house should have security guards at the front  of the mojo barrier as it was anticipated that the concert patrons would stand up from their seats and lean on the mojo due to their excitement and desire to be closer to the artist on the stage. The tour security stated that the front of house guards would be mobbed and block the view of fans so it would be better if they carried out their duties from behind the concert fans who had stood up and left their seats. He then stated that he was half way through a World Tour and had not had a problem to date.

The concert proceeded as normal with a smooth entry for the 14000 concert patrons within two hours of the concert start time after they had their tickets checked and their bags and person checked for contraband items (Selfie sticks, long lens cameras and stools etc).Everyone was in their seats for the start of the concert and as expected those seated nearest the mojo barriers stood up and lined the mojo barriers as the show started being watched like hawks by back of house and front of house security including me as I was paying particular attention to the area of the mojo barrier nearest the stage. As earlier stated four back of house security were at their designated plastic tape cross locations albeit some of them had to move when the tour video and cameramen were shooting at that location.

The concert progressed well with every patron thoroughly enjoying themselves as the artist had struck up a rapport with the fans by stating how much she enjoyed being in Hong Kong, enjoying the 24 hour city and its food. It was during a chat between songs that the artist dropped the bombshell when she stated that she wanted a member of the audience to come on stage with her and before she stopped speaking a fan vaulted across the mojo at its narrowest point on to the stage after being helped by a friend who had given him a “leg-up” and this was aided at the four back of house security had moved out of position because of the video and cameramen. Needless to say the fan was intercepted but only after he had greeted the artist who realizing he wasn’t a threat gave him a hug.

On escorting the fan out of the venue he disclosed that he had seen the artist making the same announcement in her earlier World Tour concert stops and had planned to cross from the mojo at its narrowest point as soon as he saw the artist making the announcement and the four back of house security guards were out of position as he knew the artist would walk to the front of the stage and be covered by her video and cameramen.

At the end of the concert I as Head of Venue security was summonsed to a meeting with the tour security as well as the back of house security arriving 10 minutes after they all had gathered. On entry I was immediately blamed for the intrusion on to the stage despite earlier on pointing out the problem and being told back of house security would cover the location as marked by crossed plastic tape locations. The USA Artist Management Company representative was also present and on being asked to comment I denied that the intrusion was solely my responsibility and countered that we all had failed in our provision of security due to the intrusion which after further discussion was accepted.

I asked the head of tour security that for future concert stops could he ask his artist to state that she would pick a member of the audience rather than ask for a member of the audience join her on stage as all 14000 concert patrons wanted to do that. I later found out that for all future concerts the stage and mojo set up was altered so that there was 6 to 8 feet clearance between the mojo barrier and the World Tour stage used for each concert and this was at the sacrifice of some concert patron seats which also meant reduced revenue.

The lesson learnt was that on noticing a problem not to be put off by more experienced tour security stating that they had it covered and had not had a problem during the first half of their World Tour. This was a valuable lesson and one that would not be forgotten especially the blame game orchestrated after the show when I was summoned to the stage intrusion meeting noticing on arrival that I was being pinpointed at the scape goat with the only thing missing from the room being a hang man’s noose for me to be hung out to dry!.