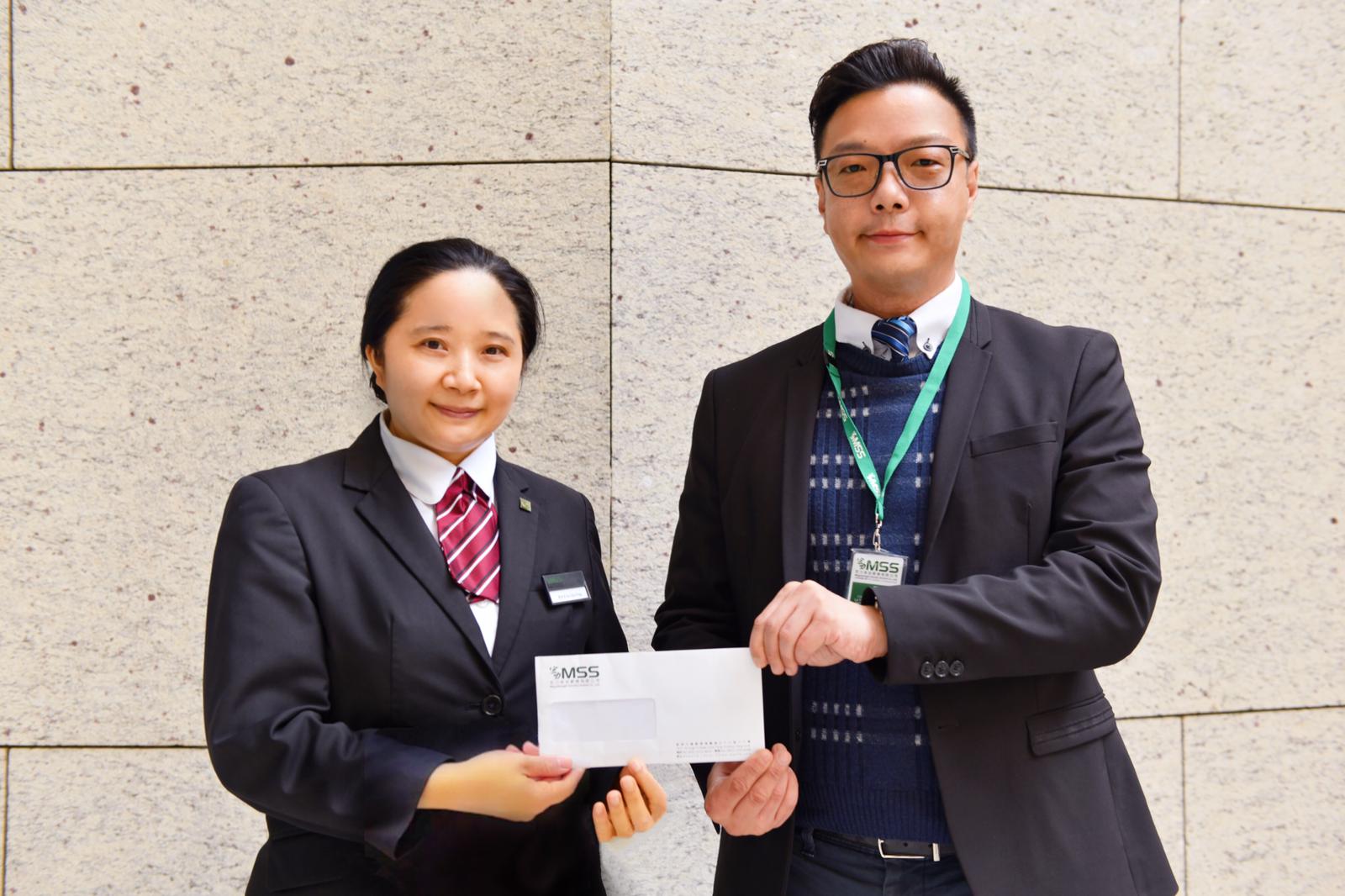 “Work harder and play harder than you did yesterday”. This is the mantra of Ms. KA Chiu-Fung, who has won the Best Security Services Awards for the last three consecutive years, while carrying out her duties. During one such incident while patrolling KA observed a little girl crying while being pulled by the hand by a local man. On seeing the facial expression of the little girl being one of helplessness and reticence KA thought this not to be natural and stepped in to ascertain what was happening during which the local man refused to identify himself.

KA immediately took the little girl to a safe place and assisted her to be reunited with her family. The family on hearing what had happened thanked KA both in person and by letter for saving their four year old daughter which caused them much happiness. A letter praising the training provided to KA was also sent to MSS.

Chief Security Manager Anthony LUI on behalf of MSS visited KA at her post to compliment her for her enthusiasm, diligence and her powers of observation while carrying out her duties.