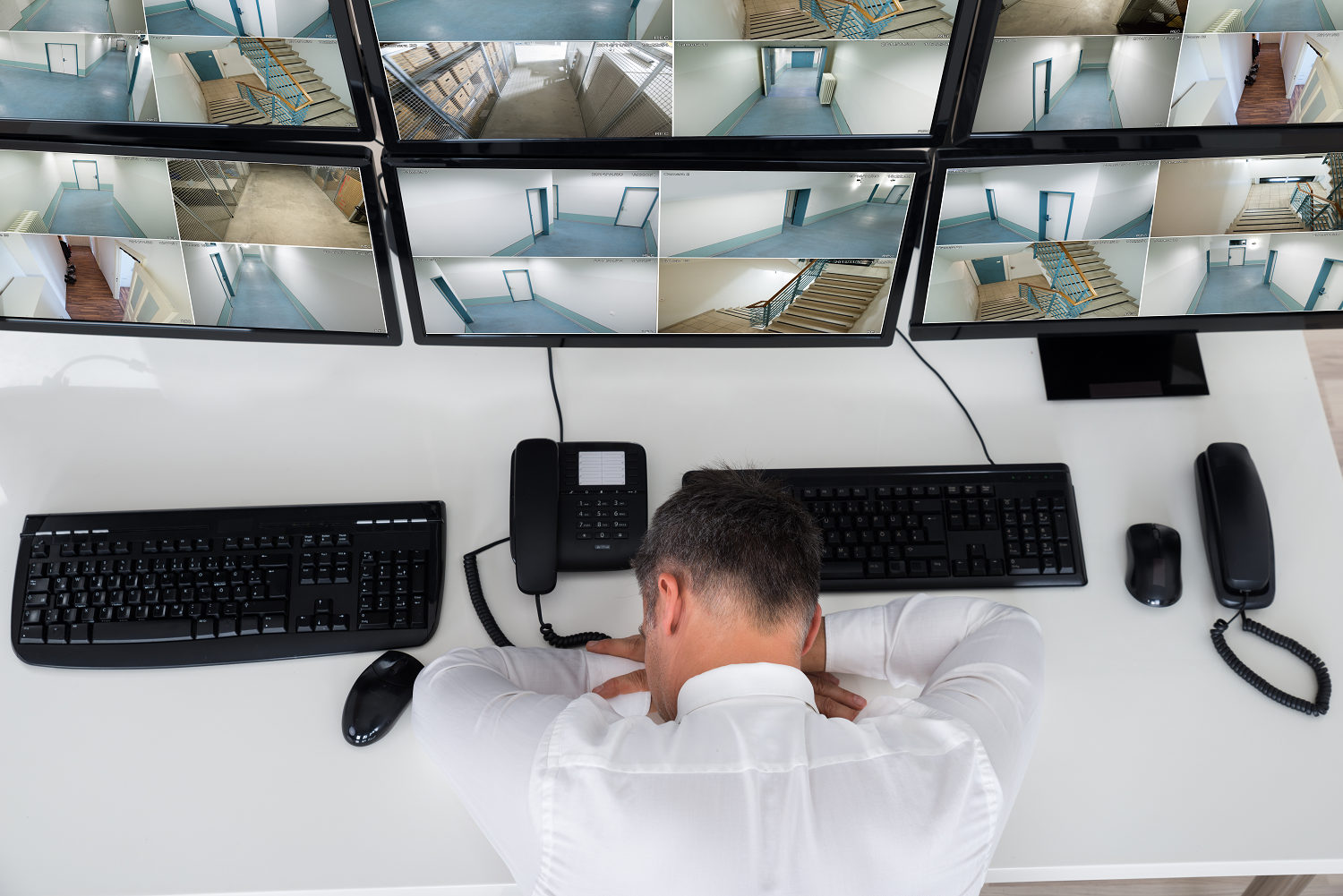 This article touches on possible measures in preventing and handling Guards Sleeping whilst On Duty in the environment of Hong Kong under Cap 460 Security and Guarding Services Ordinance, Laws of Hong Kong.

It is not uncommonly heard or seen that Guards, probably mostly associated with night shifts or singly manned positions, are found sleeping at their posts.  This hugely damages the image of a security company as their employer and causes serious embarrassments as the management would never authorise such acts.  It is not an offence in law that a guard sleeps whilst on duty, though to some extent it will be harmful to the license of a security guard (officially known as a Security Personnel Permit or SPP) if such act is somehow linked to dishonesty.

How do we define Sleeping on Duty?  What to do if a guard is caught red-handed for sleeping on duty?  A guard being photographed or videotaped seated unattentively with eyes closed and head nodding or those who take a deep rest well prepared with a mattress and a blanket?  No doubt the customer has the final say on it, so it arrives at a state of dilemma.

Security work, in the context of Cap 460, means guarding any property, person or place for the purpose of preventing or detecting crimes.  This is generic for a security guard to observe or comply with at work.  But what if the guards have no such conception or even have no sense of the potential danger they will encounter at work.  Very recently a night-shift guard at a commercial arcade was murdered by a culprit who intruded and burgled a restaurant.

From the very beginning a security company is employed to provide security service, so it is a default if a guard is not vigilant in fulfilling his/her duties throughout the duty tour.  From the angle of a customer, there could be no excuses whatsoever to be accepted for a guard sleeping on duty.   In no way will a customer pay for a sleeping guard.  However, there could be a lot of defenses when it comes to whether sleeping is ‘fatal’ to the extreme that the guard is subject to termination of employment or otherwise revocation of his/her SPP upon police investigation. It follows that the security service provider must find a way out so as to cause minimum impact on the company, though the forfeiture of payments and additional penalties are inevitable.

So what else can we do in mitigating the risks?  When we do some research on social media discussion forums, one may note that a number of guards are in search of ‘sleeping posts’ for some reasons, for instance they have a daytime job and need an overnight job to sustain a living.  Some others may conceive a night shift should be less demanding where sleeping becomes a norm or habitual.  Some guard posts are remote, closed to the public or out of public view that make guards less supervised or monitored.  Some others are messy, dimmed or poorly ventilated.  But for the majority who come across a duty tour of as long as twelve hours, human fatigue in the middle of the night or towards dawn well explains why sleeping occurs.

Central station alarm monitoring software usually has a function that will make an operator stay alert by acknowledging a signal or dummy alarm purposely sent in every 15 minutes if there are no alarm activities in between.  A tele-protection rule in Hong Kong requires the security guard at each guard post to make regular telephone reports to his supervisor or control centre, or vice versa, at least once every two to four hours, or otherwise by computer means.  Supervisory visits are proven effective if done frequently, but quite impracticable as well as costly.

It is to bear in mind that guards should have completed their daily routines, e.g. patrol, before they can take a break.  We should then avoid a guard from being idle for such a duration longer than adequate.  It might be derived from the above that sleeping would be greatly attributed to human factors apart from environmental factors, which should be sensibly dealt with.

To eliminate all possibilities of guards sleeping whilst on duty, it may have to see the likeliness of a guard seeking a sleeping post by testing his/her aptitude and attitude and thus behavioural trend in the first place.  There are tens of thousands of guards dedicated to work, it is worth spending time on matching a guard with the specific job requirements of a post, a complicated process that can be envisaged.  There should be signs of fatigue along especially a long tour or a tiring duty, thereby scheduled short breaks and refreshing drinks/walks are to be pre-set and pre-arranged.  Repetitive signal acknowledgements to offset inactivity by means of electronic devices and the most effective of all, being real-time online video and audio monitoring plus an optimum frequency of supervisory visits.

It is a matter of fact a guard alleged to have slept whilst on duty would face disciplinary actions followed by a black mark in the work history that he/she would not accommodate in respect of his/her future career development.   Therefore, when a complaint is received against a sleeping guard, the subject person should be given an opportunity to explain the reasons despite the customer would be unlikely to hear and accept except sickness or overdose.  Whether a chance is given to abate the offence is to weigh the gravity such as the posture and past history.  Sometimes it may be up to police investigation if the complaint is made by the public to the police.

Now we go back to square one where a guard is employed by a security company and ultimately paid by a customer for the security service required and specified for protection of such person, place or property.  It is an obligation of a guard to keep his/her state of mind at a level to be able to secure a customer and save from danger or loss.  Sleeping on duty shall be out of the question and a sleeping guard constitutes a black sheep to the security industry.