A Secondary EP Role Does Not Mean Second Class 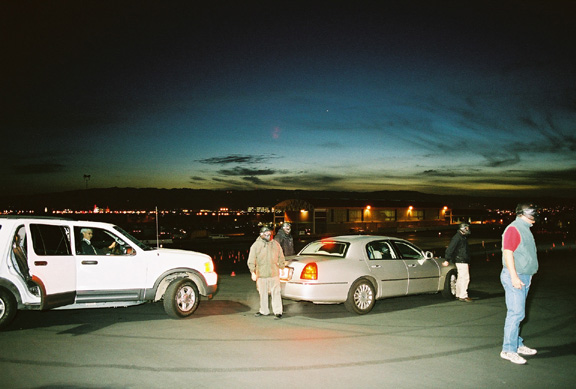 This mission and my team were an afterthought.  C-suite executives, including the CEO, and spouses of a major U.S. multi-national investment bank were coming to a Hong Kong conference.  Protecting those executives during their busy days of on-site and off-site meetings and presentations was essential.  The bank’s U.S headquarters Human Resource department bypassed their own Asia-Pacific (APAC) Region Security Manager (RSM) and contracted directly with a Hong Kong company for executive protection.

A casualty of the remote planning process was that there was no thought given to protective security for the spouses while they were out-and-about sightseeing, shopping, and dining in Hong Kong.  Finally, someone at the bank realized that loosing the wives of C-suite executives of an international investment bank on to the streets of Hong Kong for several days of gaiety with merely a “Have A Nice Day” send off, was not a good idea.

That’s when the bank’s RSM got the call to arrange for spouse security.  He in turn called MSS’s Chief Consultant for the mission.  We had become personal friends, having worked together in the past.  That relationship enabled us to work quickly on a plan for this last-minute assignment because he was already familiar with our capabilities.

Suggestions were made for the itinerary, even though we did not have to and could have left that part to client. WE identified retail outlets in advance based on what we were told the wives wanted to purchase, conducted location advances, planned primary and alternate routes taking into consideration traffic conditions, drop-off points, limited parking at numerous locations to be visited, nearest rally/holding points for vehicles, and the threat level of being ticketed.

By getting involved in that element of the protection, we were getting confirmed information early in the process, rather than having to ‘scramble’ at the last minute. We were also able to use our local knowledge to select the appropriate places based on the protectee profiles.

Our plan included coordinating transportation movement so the wives would not needlessly wait too long at pick-up points. To do that, our accompanying agent would call our drivers before the wives finished with their activity so the cars would be there when they were ready to leave.  For example, the agent called the drivers when purchases were being paid for, or dessert was being served, or the wives were within 5-10 minutes of the end of a sightseeing activity.

As for suggested shopping locations known for quality goods, at fair and reasonable prices, we consulted with other experts on that subject…our own wives. We could have skipped all this work and just followed the wives around Hong Kong as there was no threat detected during our assessment. But we wanted these women to enjoy their visit, and professional pride dictated that we go above and beyond.

Not So Minor Details

I knew that the husbands and wives would talk each evening about their day.  If the wives were upset about anything or were not enjoying themselves, it was certain that the husbands would hear about it.  That was likely to annoy the husbands too since they were there for business and having to placate their wives would divert them from that focus.  It also meant that the RSM would be in the hot seat and get noticed for the wrong reasons. We would then get it in the neck and the likelihood of any future work would evaporate.

Our transportation operation went smoothly according to plan. The wives never had to wait for vehicles, which arrived almost to perfection every time, as they walked out of a location.

Navigating traffic in Hong Kong is the same as any large metro area: a challenge.  Traffic jams are common, so we maintained contact with taxi call centers for current conditions along our primary routes.  It there was a jam, we used pre-planned alternate routes. Occasionally in fact, it was more expedient to take longer and more scenic routes rather than the most direct.  We reduced travel time on every outing when comparing actual travel time against being stuck in traffic on a primary route.  They were never stuck in traffic, maximized their time, and got to pleasantly and safely see more of Hong Kong.

When shopping, we helped them negotiate purchases, so a lot of good deals were obtained, meaning they spent less money than they thought they would.  Indirectly, that had to make their husbands happy too!  We even organised and shipped large purchases for them.  They did not expect our help with that, but they very much appreciated the extra effort.

The RSM and my team did not learn until later that the wives were singing our praise to their husbands every evening.  They recounted how their transportation “miraculously” appeared as they stepped out of a location, and that they were never in traffic jams, even though warned to expect it.

The praises went on too about how much they enjoyed the shopping and dining.  The original itinerary given to us by corporate event organizers was the product of “What client staff thought the wives would like.”  We instead, conferred daily with the wives themselves to learn what they liked and wanted to do.  For what should be obvious reasons, the client did not object to any of our suggested itinerary changes, for which we needed approval.

The Other Guys Fell Short

About that same time we heard that the CEO and other C-Suite husbands were getting more and more annoyed that their protection agents and transportation were less than professional, clearly had not done their advance work, nor were they paying attention to detail.  The executives had been repeatedly left waiting for excessive periods for transportation, and continuously stuck in traffic which caused them to be late for meetings and seminars.  Their agents did not know their principal’s itinerary, nor who they were meeting. Consequently, the agents could not call the destination to say that the executive would be late due to traffic congestion.

Eventually, the CEO took aside the RSM and asked him why there was such a disparity in professionalism and service quality, and why the “best team” had been assigned to their wives rather than to them. He told the CEO that the U.S. headquarters HR team did not include him in planning security and logistics for the executive team.  He said he was only tasked at the last minute, as an afterthought, to supply protective security and logistic support for their wives, and he hired the team for the job.  As it turned out, it was a serendipitous conversation.

Going Above and Beyond

Early one morning, I was in the hotel lobby with my team members going over off-site locations the wives would visit for the day and any possible issues at those locations we needed to address such as crowds, heat, and humidity.  Based on that evaluation I ordered more bottled water and chilled damp hand towels.  We were able to get them from the hotel and put them in the vehicle coolers we carried.  We also got extra dry hand towels and put them in the vehicle amenities boxes. The wives would be walking on cobbled paths on that day’s tour, so we would suggest that they wear flat shoes.

During that briefing I saw the CEO enter the lobby, go out the main entrance and stand at the pick-up point. Several minutes later, I noticed he was still waiting, looking at his watch and making repeated calls which must have gone unanswered as each only lasted a matter of seconds.

After ten minutes, I approached him, introduced myself, and asked if we could be of help. He said he needed to get to another meeting venue, but his protection agent, vehicle, and driver could not be found.  I immediately called up my security chase car that I had previously arranged to be parked in the hotel driveway. Within a minute my vehicle arrived, and I escorted the CEO to it.

Before getting in, he turned and asked, “Are you the guys looking after our wives?”

He smiled and said, “Thank you for making their trip here so enjoyable.”

We avoided the traffic jammed routes and got him to his meeting in time. I told him that I would try to find his protection detail, tell them what happened, and ensure that they pick him up after his meeting. Prior to leaving that location - another hotel - I asked the hotel staff for how long the conference room the CEO entered had been booked.  That told me how long the CEO’s meeting would last. When I returned to the hotel where he was staying, I reported the matter to one of his staff who was on the event organising team.

I could have left it at that, but as I had personally assured him that he would be picked up after the meeting, I wanted to make sure that he was. As I had time, I got a spare vehicle and, along with one of my drivers, returned to the other hotel about 15 minutes before the scheduled end of the CEO’s meeting.  We hung back in the hotel driveway and waited.

As the minutes passed no protection team arrived and when the CEO exited, no protection agent approached him nor did his vehicle and driver. We then moved forward and picked him up. He asked how I knew how long his meeting would run.  I shared with him that I had checked the conference room booking.  I also told him that I had notified his staff about his earlier predicament.  Off we were then, back to his hotel.

Later I found out who was supplying protection for the CEO and his executives.  I laughed.  I knew the company and that they were only “playing” if not “pretending” to be a protective security provider.  The client never hired them again.  Caveat emptor!

The RSM thanked us on behalf of the CEO.  He told us too, that he was getting mega kudos for what we had done for the wives.  The RSM’s performance did not go unnoticed by the CEO.  Increasingly important promotions came his way.  Eventually he became Global Director of Security.  I hope in a small way, what my team did, contributed.

Of course, we appreciated the kudos.  Nonetheless, what my team did was not rocket science.  We did what we are paid to do.  We took our job seriously and did what should and needed to be done.  We planned in detail, monitored and adapted the plan, and made sure every detail was executed with precision.

My team’s attitude is that we did not do anything special.  I suspect a good percentage of other professional protective security firms and their personnel would have done exactly the same.  However, if there is a factor that differentiates good and great, it is personal and professional pride and attention to detail, as well as ‘stepping up’, even if you do not have too.  That is a marker of excellence.